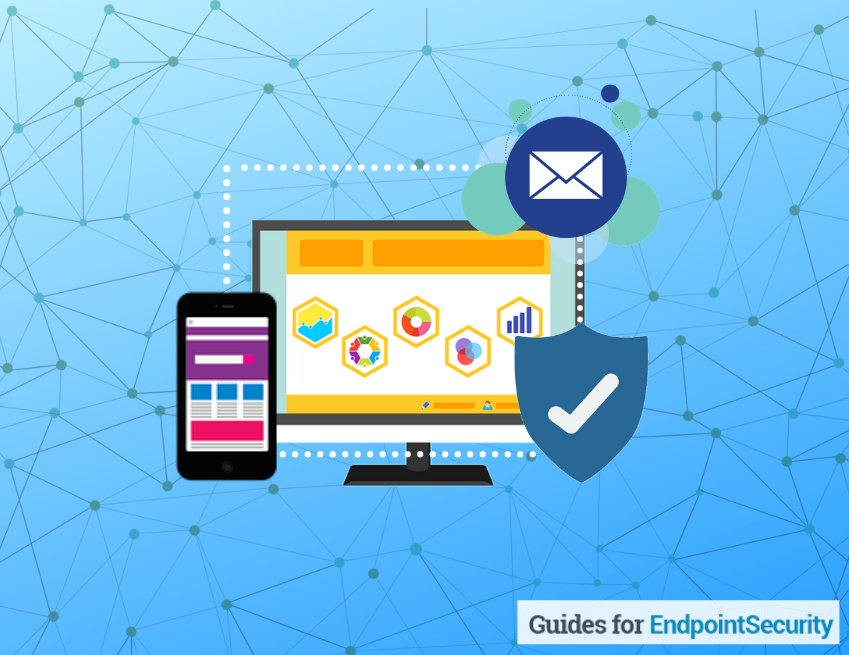 Securing Endpoints on All Fronts : Collaboration

Email has evolved from a simple node-to-node means of communications in the late 60’s into the primary means of correspondence in today’s fast-paced business industry.

124.5 billion. That’s the staggering number of business emails being sent and received on average, based on a study that was conducted in 2018.

121. That’s the number of emails, on an average, that is being received by an ordinary office employee in 2015. Try to imagine how many IT personnel are getting on an average 8-hour work day. Hundreds, if not thousands, of this electronic correspondence.

Now looking at those figures, what else can you see outside of the normal means of business communication exchange happening across the globe on an individual-per-individual basis? Opportunities? Probably. Better understanding? It should be, right? Now, let me tell you something you probably aren’t seeing yet.

Each of those 121 individual emails that an average office worker gets brings with it the risk of having at least one variant of malware that makes use of emails to try and infect business networks.  A study by Mimecast reveals that at least one in every 50 emails contains an undetected malicious link that could cause virus infection in your network.  That’s a lot!

Can Endpoint Protection Alone stop them?

Unfortunately, the answer is no.

In 2016, McAfee said that it is able to detect four new malwares per second. Does this mean that there are only four malwares coming in every second? Of course not!

In an article published by SLATE, they claim that AV products are only able to detect a measly 46 percent of all malwares in the wild. That’s less than half of those harmful programs waiting to pound on every unsuspecting email recipients.

This now begs the question: how can we ensure that businesses are secured on all fronts?

Short answer, there’s no way to do that.

But there’s always a way to improve on that 46 percent  AV software detection average.

Collaboration: The Future of AV Security

Now that we know that emails are a primary point of entry for malwares, it now gives us a good idea as to how to increase IT security. One of them is to secure your mail servers.

Cynics would say that having endpoint protection is enough to detect malicious processes and applications. In the contrary, that isn’t as simple as it is. You see, for Endpoint Security to properly detect malicious objects, those files, applications, or processes needs to be locally saved and executed. So, what happens if a malicious attachment is not saved locally? It spreads out without the endpoint protection’s knowledge.

Worse, what if the malicious payload isn’t even an attachment? What if the payload is a loaded script that executes itself once an email is opened even without clicking on any attachment? Right again. That script will be able to do what the virus author meant for it to do without the endpoint protection’s interference.

So, you’ve got your mail server protected as well as your endpoints. Are you secured?

Quick answer. Probably but not surely.

This type of network breach doesn’t come via emails nor does it make use of endpoint access.  Backdoor hacking makes use of a system’s unknown vulnerability or exploits. This type of attack bypasses standard computer security that could lead to data theft.

In March 2018, $3 billion dollars worth of intellectual property information were stolen from more than 300 universities across the globe through hacking. That’s massive, and to think that Endpoint Security and mail server protection were supposed to have been already implemented on those institutions.

Securing your perimeter gateway would add another layer of protection in your network that aims to prevent malicious packets from entering and leaving your infrastructure. It works by analyzing and monitoring network traffic and IP packets; thus, ensuring that only authorized traffics are allowed into and out of the system.

In today’s fast-paced digital world, there’s no such thing as a totally secured business network. There are always vulnerabilities to exploit for each and every black hat hacker out there. It’s just a matter of finding the right mix of AV security suites and IT security knowledge and expertise to try and minimize data breach.